It hasn't yet been a full year since Ebola arrived in the United States on September 30, 2014 with Patient 0 arriving at a Dallas, Texas Hospital after traveling internationally from Africa.  Now MERS, the Middle East Respiratory Syndrome has jumped from Saudi Arabia to South Korea - most likely via commercial airline flights.  Currently, 27 people have died from MERS in South Korea, out of 179 confirmed MERS cases, and 3,103 people suspected of having MERS have been put into isolation.  The eruption of cases in South Korea began after an undiagnosed patient with MERS was treated in a large Hospital in Seoul, infecting many others.  Korean Air has begun cabin sterilization procedures for all Korean Air flights, not just flights to and from the Middle East.

I was recently asked to speak about Pandemic Planning at the Regional Airline Association meeting in Cleveland last month in May.  In my opinion - Pandemic Planning is probably the least prepared for Plan or Training at most airlines.  The goals of a good Pandemic Plan should be to protect passengers and crew, while reassuring everyone that a robust Pandemic Plan is in place, and training has already occurred.  Pandemic challenges for airlines include the reality that many passengers who may be infected do not want to admit to themselves, the airline, or the airport - that they could be infected, and choose to travel, even when they are displaying symptoms of the pandemic disease.  During Ebola, many smaller domestic airlines thought that their lack of an international route network protected them, only to see Ebola travel on domestic US flights.  Airline executives need to be thoroughly briefed on, and understand their airline's Pandemic Plan.  And as we saw publicly in the case of the Ebola infected Nurse traveling from Dallas to Cleveland on Frontier Airlines flights 1142 & 1143 - Executives have to acknowledge and plan for the reality that the airline may have to go well “above & beyond” prescribed Centers for Disease Control (CDC) measures to reassure passengers, employees, and the public.

Secondary emergencies include the Emergency Response Manual being out of date, employees not being able to find a copy of the Emergency Response Manual (electronically or physically) or the most current copy. Employees may not understand what is in the ERM or where (what section) their specific checklist is located in.  Many times new employees will not have been trained, and don’t understand their role or responsibilities. Other employees will have been trained once, many years ago, without receiving recent recurrent training – and will be unclear on their responsibilities, or may only know outdated policies and procedures. Technology may also fail, or doesn’t exist – because it was never implemented – a good example of this is the creation of Emergency Response email distribution lists (which can be prepared ahead of time). Instead, at the time of the accident the OCC Duty Manager finds an outdated contact list in the Emergency Response Manual, or just types the names of employees they can remember into the notification email. Also, the Go Team may be delayed in launching for several reasons including: no one has ever created a specific list of Go Team employees, OCC has never practiced preparing a Go Team flight and aircraft, or does not have a checklist detailing this process. And for many airlines, the Go Kit is just a list of items on paper and does not physically exist, thus delaying the launch of the Go Team as items are hastily gathered. Finally, the worst secondary emergencies of all are bad command decisions by executives, or even worse – indecision from executives. Of course the longer an internal debate by executives goes on, the longer Emergency Response teams (Emergency Command Center, Go Team, Call Center, Airports) are waiting to execute those decisions. Additionally – if executives issue a decision or policy that is contradictory to prior Emergency Response training it can cause a great amount of confusion and concern for Emergency Response team members implementing and executing that decision.

Having an Emergency Response Manual (ERM) is not enough. You need to prepare your ERM for use. You should create a page-break at the start of each checklist – so that each checklist starts on a new page. Even though you may have printed copies of full manuals (in the Emergency Command Center and / or assigned to each ECC seat holder) you should also print separate copies of each ECC checklist, stapled, and kept in labeled packets in your Emergency Command Center. This ensures each ECC seat holder will be able to quickly find their checklist and begin executing their checklist items. The packets should be kept in a prominent location in the ECC, and be labeled “Emergency Response Checklists”.

You should also be checking your Emergency Response equipment four times a year – including Emergency Command Center equipment and supplies and the Go Kit. Many airlines have become complacent – because of the dramatic reduction in accidents and emergencies – and have no Go Kit or supplies. Specialized equipment such as Personal Protective Equipment for the Accident Investigation Team should be planned for and purchased ahead of time.

For example: an Airbus A320 aircraft with a maximum number of 180 passenger seats and 6 crew members equals 186 Souls on Board, times 4 family members for each passenger and crew member equals a Family Assistance Planning Ratio of 744 family members, divided by your current number of SAT / Care Team members.

Do you know how many SAT / Care Team members you currently have trained? Is there is a significant gap between SAT / Care Team members and potential family members? If so, you need to train more team members. Have you assigned team members to the Go Team? Whom will be the Go Team Leader? Is that person a company leader that has the level of authority needed? How many SAT / Care Team do you plan on sending? Have you identified Accident Investigation team members (who need to have the technical qualifications to be part of the investigation)? You should maintain a master spreadsheet (or database) of all Emergency Response Teams, team members, including initial training date, and next recurrent training date. You should also have Human Resources audit the Emergency Response Team lists quarterly – to identify team members who have left the company. When I had our Human Resources conduct this audit of our Continental Airlines SAT / Care Team – I immediately lost 120 team members (because they had left the airline). This is the difference between showing a lot of team members (on paper) and actually having that amount of team members. Finally, when your assigning ER team members to a leadership role, that team leader should have an equal level of responsibility in their normal job. In other words, if an ER team member does not manage or lead people on a daily basis, you should not make them an Emergency Response team leader.

You should require Emergency Response Team Leaders to call meetings for their respective teams four times a year. Send each ER Team Leader an agenda, and require them to schedule a meeting, hold the meeting, take attendance, and report back to you. Agenda items can include: a review of ER checklists (for that team), updates to the ERM, review of notification and activation procedures, discussion of recent accidents, introduction of new team members, as well as exchange of cell phone numbers and email addresses. This allows ER Team Leaders to demonstrate the responsibility of being an ER Team Leader – as well as practice the “muscle memory” of getting team members together.

Additionally, you should not wait once a year to practice certain Emergency Response processes. You should be conducting quarterly notification mini-drills. This takes 5 to 10 minutes, and ensures that whatever notification system you have – it will work. This includes creating Emergency Response email distribution lists (OCC, ECC, Go Team, SAT Team, Investigation Team, etc.) and keeping these groups updated. This also accounts for all of the employee changes at your airline throughout the year. Your Operations Control Center (OCC) should also practice Notification and Activation mini-drills four times a year. Your OCC is the critical beginning of the notification and activation process for your Emergency Response Plan – and should be practicing Emergency Response procedures four times a year. Another often overlooked mini-drill is passenger manifest reconciliation (with a real flight) four times a year. You should randomly select different stations and flights to practice reconciliation in real time – including any checked in passengers that did not board, misconnects, seat duplicates, lap children, and jump seat crew.

Is your airline prepared? - by Jason Kelly

Remember Ebola and MERS? Is your Pandemic Plan ready? - by Jason Kelly

For airlines and aviation companies 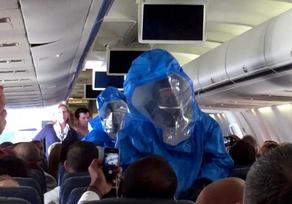 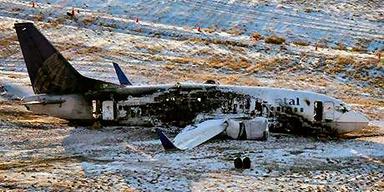 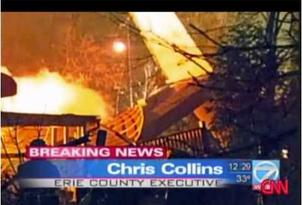 In light of recent airline accidents, many airlines have asked me - "How do we know if we are really prepared?"  Most airlines know they should conduct Emergency Response training each year, but many times the proposed training date keeps being postponed to "the future" - usually due to other competing priorities.

No airline plans to have an aircraft accident, but airlines should consider the cost of not being prepared.  Many airlines ask me about Return On Investment (ROI) for Emergency Response training.  Besides the obvious answers of being prepared for IOSA Audits and SMS requirements, or complying with Family Assistance laws, airlines should think about the cost of not being prepared.  While your Insurance Company will do a tremendous job of covering the costs of an aircraft accident, including injured or killed passengers, aircraft hull loss, ground damage, etc. - hull insurance policies do not cover fixing the airline's public brand image due to an unprepared Emergency Response.  Essentially airlines only get one chance to "do things right" during the most incredibly chaotic and stressful time in the airline's history.  Emergency Response training is "additional insurance" that your airline will be prepared to handle an emergency, portraying a competent and organized Emergency Response.

Airlines also tend to feel a false sense of preparedness, because they already have a Corporate Emergency Response Manual, and had training "some years ago".  What many airlines don't realize, is that their manual has not been updated for some time, and they have had key personnel changes over the past couple of years who are not trained.  Emergency Response training is like "muscle memory", airline personnel need to practice decision making, accident policy making, functional checklists, cross team coordination, command and control, deployment, etc. - so that when the time comes, employees revert to their "muscle memory".

Jason was Director of Emergency Management at Continental Airlines and Go Team leader for the Continental Connection (Operated by ColganAir) Flight 3407 accident in Buffalo, New York - pictured above.

Airlines need to be prepared - to immediately respond to an aircraft accident, serious incident, inflight emergency, ground incident, security incident, or other type of emergency.  Crisis Management of an aircraft accident or incident is very complex and fast moving, with command decisions needing to be made by the airline leadership - quickly, correctly, and decisively. There is no time after an aircraft accident for Emergency Response training of airline staff or policy making. Therefore, the majority of Emergency Response Planning and training should be done well ahead of time, and on a recurring basis.

While Safety Management Systems (SMS), IOSA Audits and Certification, and other Safety Programs mitigate risk, Emergency Response training is equally important - to ensure that the airline is prepared - should an accident or emergency occur. While Emergency Response training can initially seem scary or may cause some anxiety - most airline employees come away from the training courses with a positive feeling - that they now know what to expect if an accident or emergency occurs, and that they have the training, skills, and checklists needed. Good Emergency Response training not only helps the airline provide compassionate assistance to survivors and family members, it prepares the airline for competent participation in the government accident investigation, crisis communications, and provides a structured transition process to the insurer.